A new exhibit on one man’s mission to alert the world about the ongoing horrors of the Holocaust was recently installed on the first floor of King Library. 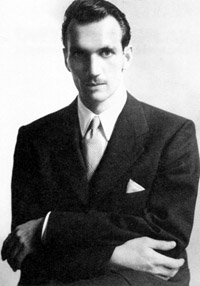 Through a series of 22 panels, “The World Knew: Jan Karski’s Mission for Humanity” focuses on the courageous efforts of Jan Karski, a Polish resistance fighter who became an emissary for the Polish Underground state. After twice being smuggled into the Warsaw Ghetto and infiltrating a Nazi transit camp, Karski traveled under an assumed identity to give his eyewitness accounts to Allied government officials, including a meeting with President Roosevelt in the White House.

Karski’s heroic struggle to raise the alarm about the mass extermination of Jews in Nazi Germany-occupied Poland and the resulting tragic inaction of the Allied forces present a striking and important historic account of the Holocaust and what the world knew even before the liberation of Nazi extermination camps.

The exhibition was created by the Polish History Museum in Warsaw in cooperation with the Jan Karski Educational Foundation and sponsorship from the Ministry of Foreign Affairs of the Republic of Poland and the National Endowment for the Humanities. The endeavor to bring the exhibit to Miami was sponsored by Hillel at Miami University, Judith A. Heiny, Piotr Chomczynski, and Anna and Marek Dollar.